They say “it takes a village.” Meet our talented village of people that make it all happen!

THE ARTISTS that created the beauty and inspiration.

Marcia Baldwin’s love for art was self evident from a young age, and it was at this time that she acknowledged that learning about and creating art was something she wanted to immerse herself in. By the mid eighties, she had already obtained a Bachelor of Fine Arts, as well as a Masters of Fine Arts. Baldwin became well known for her specialty of Oil Painting. Many believe her education was only surpassed by her natural talent. Marcia Baldwin’s ambition is to “strive for each painting to be a true exploration and discovery,” and her work speaks for itself. Her artistic diversity allows her to work well in Realistic, Impressionism, and Abstract styles with breathtaking results. After years of working with and near art as an advertising designer, art teacher, and art consultant to name a few, she made the decision to open her own Fine Arts Studio. She currently creates her works nestled into a studio surrounded by nature. It is here where she draws some of her best inspiration as she is a true wildlife and nature lover. Marcia Baldwin’s passion for art is clear to anyone who views her works. She is one of the few artists who genuinely strive and long for the beauty captured in her work to be shared and enjoyed by others. 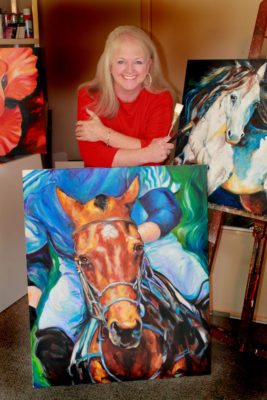 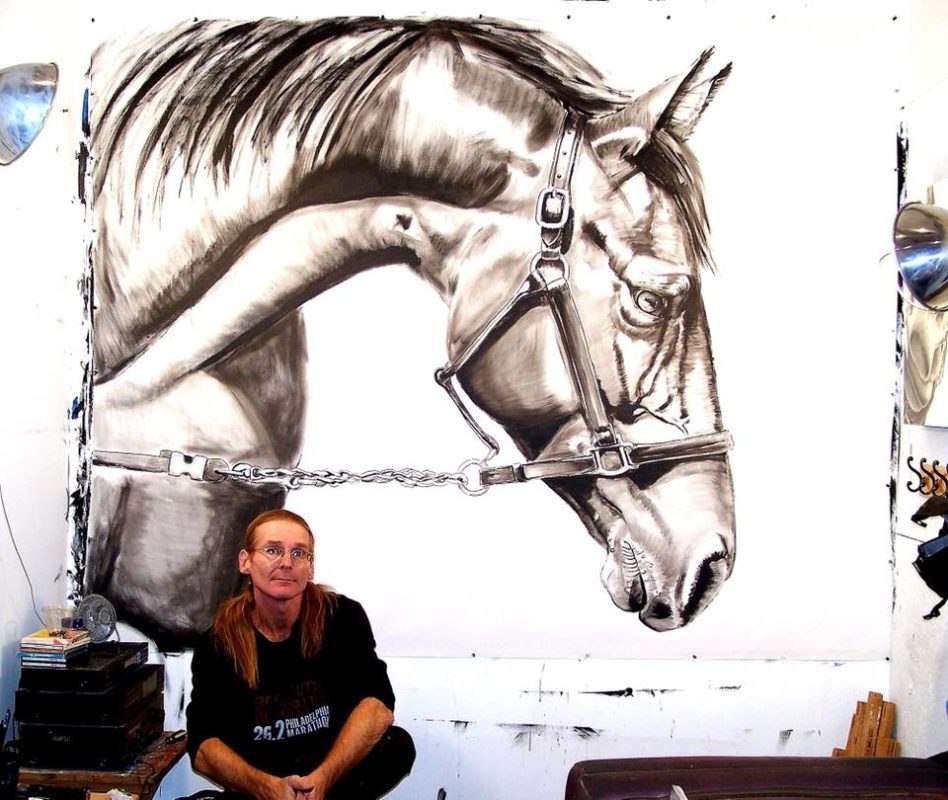 A native of Maryland, Steve Messenger grew up drawing and working horse jobs such as hot walking at Pimlico Race Course. He attended the Maryland Institute College of Art in Baltimore before leaving to groom for New Hope Farm and the Korean Olympic show jumping team where he cared for top grand prix horses. He spent 10 years working on the A level horse show before leaving to finish his BFA degree at the University of the Arts in Philadelphia.

As an artist, he specializes in horse and dog commissions. His work has been shown in galleries, won awards and been featured in the Chronicle Of The Horse.

In Germany, the artist Monika Strigel lives more outdoors than indoors, and her love for fauna and flora cannot be questioned. Bright and shiny colors accompany her daily life. For her artistic realization, she uses all sorts of techniques such as photography, watercolor painting, illustration and typography. Her eye-catching creations can be found in Urban Outfitters, Anthropologie and Nordstrom. 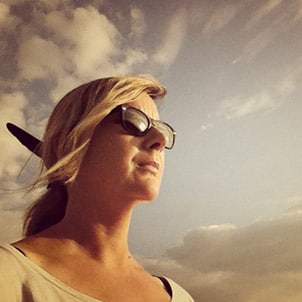 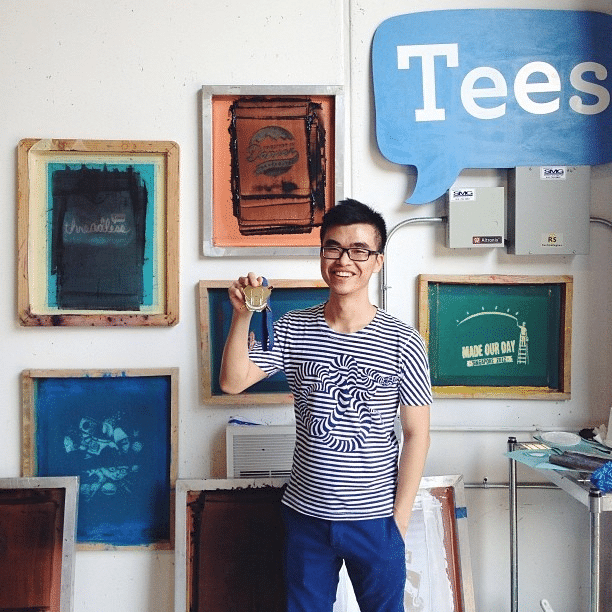 As an inspirational artist from Indonesia Budi Quan (a.k.a Radiomode) has had his work printed on T-shirts worldwide. He has worked with Yahoo, Tiger Beer and Urban Outfitters, and that’s just the tip of the iceberg. Budi’s work has a cool sense of humor, unique concepts, and usually an important message. His ability to convey messages and ideas visually puts him head and shoulders above many other designers out there.

Artwork: Pass This On

Inspired by bold, colorful, energetic environments and moods, graphic artist Danny Ivan creates digital illustrations distinguishable by their abstract geometric forms and raw textures. Hypnotic, eccentric, and in no way boring, his style has already captivated major brands such as Adobe and Starbucks who were in need of a particular flare that only this Portuguese artist can deliver. Drawing inspiration from all things splendid and strange, Danny frequently adds news works to his collections, energizing his fan base around the world. 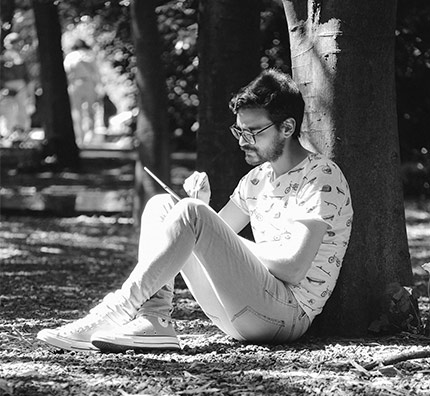 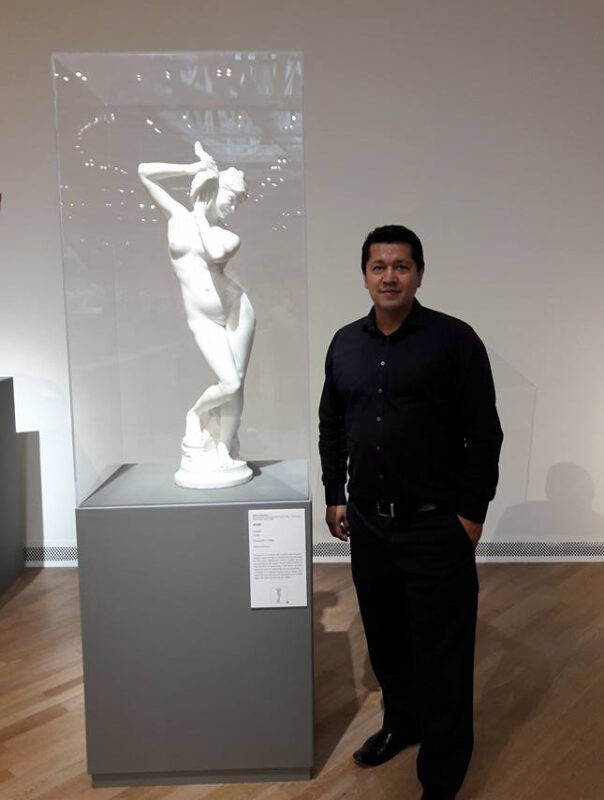 J.J. can remember Horses, donkeys, goats, and dogs, since he was a child on his grandmother’s farm, since then he always loved and drew them, all animals, He is Painter, Photographer, and Architect. First Prize “Tlacuilo”, of Museum of Watercolor in Mexico City. He lives near horse stables, where he often takes contact with them, with nature, is a necessity for him, as to express his work, which has to do with visions where he seeks to interpret intangible, profound, immeasurable atributtes, helooks even to represent the essence and soul of his themes, people portraits, and horses mainly, as well as iconic themes of traditional and western culture, cowboys, mariachis, exploring different paths, J.J. starts from a concept, an idea , which is the most rewarding part of his work, as it begins to take shape little by little and he does not know yet what result will he get at the end, that is the reason of his search, the place where he finds himself , and shares that creation. He has participated in many group exhibitions and their work is in private collections in different countries.

An Autistic Savant Artist, Author, and Advocate – He has painted more than nine hundred gallery-worthy paintings. Michael is reluctant to take credit for his work, believing his autism is actually the artist within him. Michael’s paintings and writings have been featured in three books. In April 2015, Michael appeared and painted live at the Nokia Center in Los Angeles during the “Temple Grandin and Friends’” event, demonstrating, as a savant, the gifts autism brings through him. an author, advocate, and artist, Michael and has been featured on countless American and Mexican newspaper articles and radio shows. Michael owns and operates the Michael Tolleson Savant, Galeria de Arte, San Miguel de Allende. Presently Michael is writing an advice book on autism-to-autism relationships with his autistic husband, as well as continuing his speaking/painting engagements throughout the world. Michael’s artworks are globally collected and sought after. 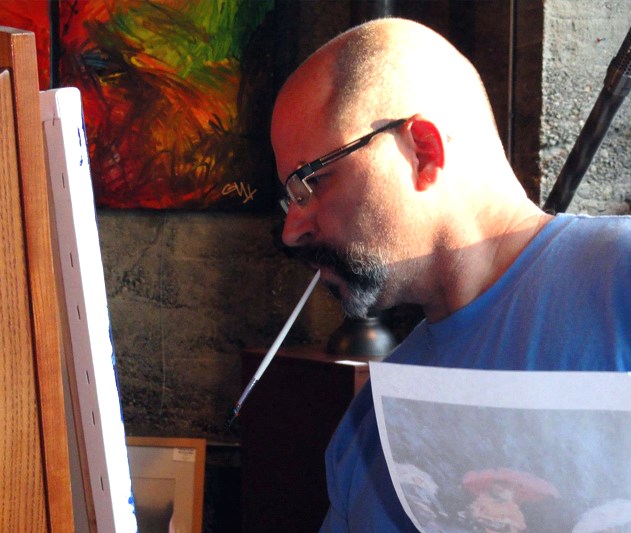 THE TEAM that brings the product to you. 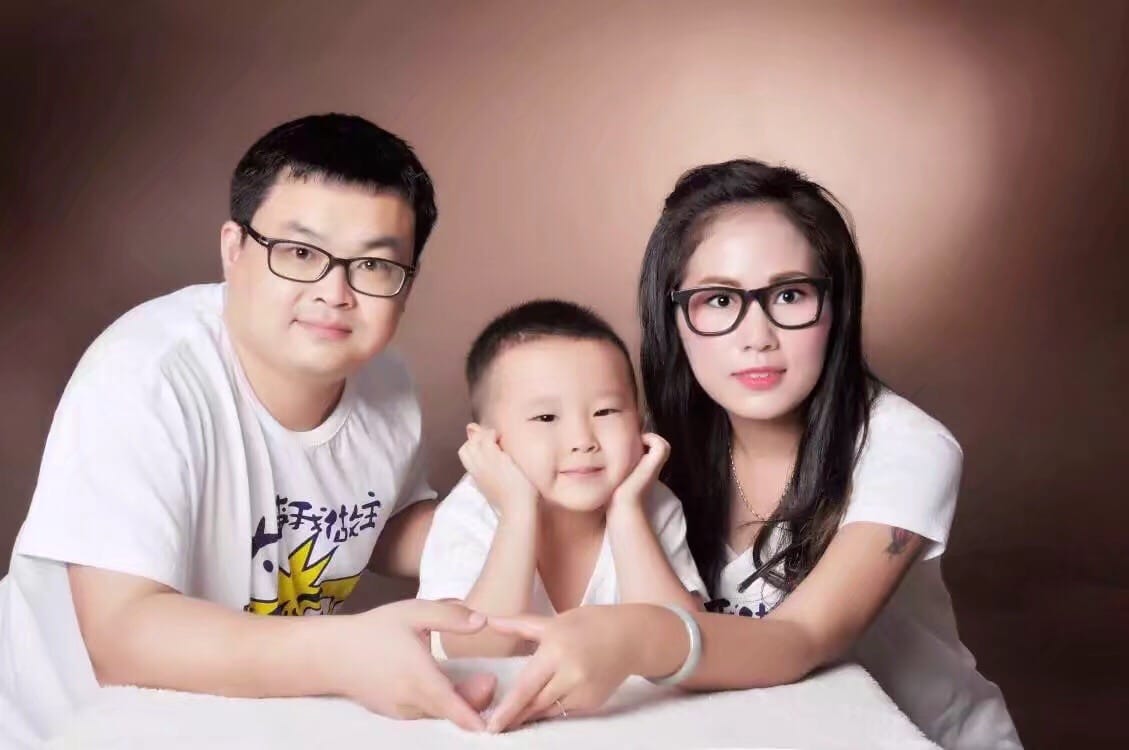 Manufacturer takes great pride in the quality of the products he creates.

Zephyr Lee, seen here with wife Rita Zhang and son Jacy Lee, graduated from Changchun University of Technology in 2008. His company, Li Ming Industrial Holding Limited is a professional developer of neoprene products such as surf wet suits, FDA certified food safe bags, and many more recognized products throughout the world. Having spent ten years in the luggage business, he knows and understands how to make a quality product and takes great pride in the quality of the products he creates.

Asif Khan, a web and graphic design specialist from Pakistan, is creative, enthusiastic, and always following trends in graphic and web design. Asif holds a bachelor’s degree in Computer Sciences. He looks forward to each project with careful attention to details and finishes the projects to perfection. With 10 years of experience, he brings a professional yet personal approach which creates long term productive relationships. His graphic and web design and development skills include WordPress, eCommerce, Shopify, Bootstrap, ASP.net, logo design, vector graphics, and illustrations. 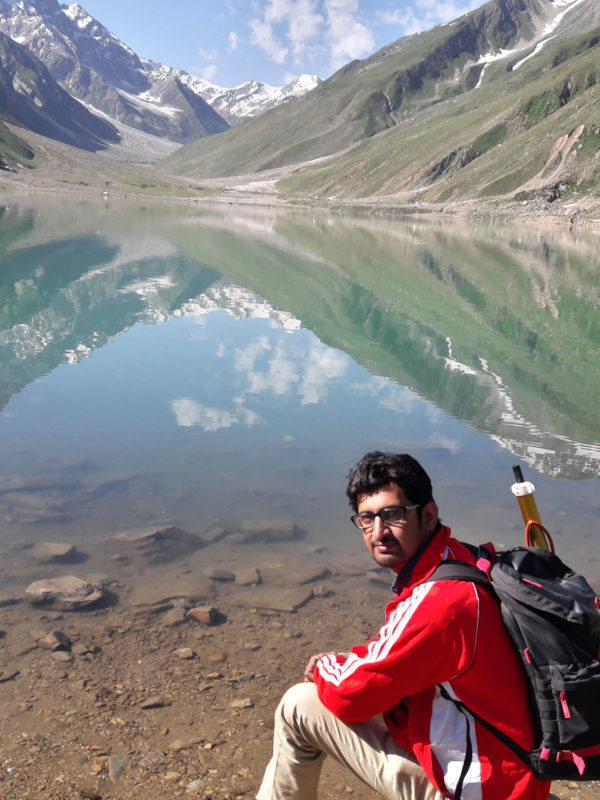 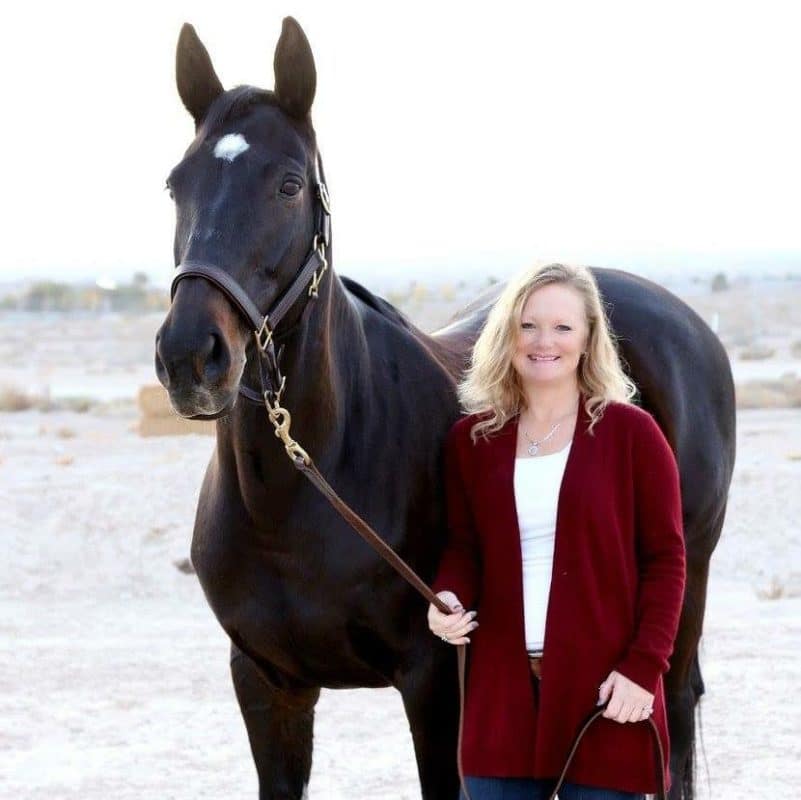 Wendi Cobb has been a sales representative for 15 years serving Illinois, Indiana, Kentucky, Michigan, Ohio, and Las Vegas. She has been an avid equestrian for most of her life and would ride anything just to get near a horse. Making the equestrian team and competing in stock seat equitation for four years at Ohio University gave her an amazing experience and confidence. She now shows hunters and is starting dressage with her Hanovarian mare, Madison, who always keeps her on her toes. She also enjoys riding out in the desert.

As a lifelong equestrian, Jen Crook was lucky enough to get her first pony Ginger, when she was 8 years old. He was a devil Monday through Frida but once turned out for shows was usually in the ribbons. In her teens, she graduated to her mother’s Thoroughbred, Merlin, who she earned her B Pony Club rating on and competed through the Prelim level with. She now has two Thoroughbreds, Brodie and Mattie, who she enjoys conditioning and training for 3 phase competitions as well as trail riding. She has been a sales representative in the equestrian industry for 17 years. She has also been a sales representative in the ski, surf, and specialty outdoor industry for 13 years and a ski, bike, tennis, and surf store soft-goods department manager and buyer for 6 years. 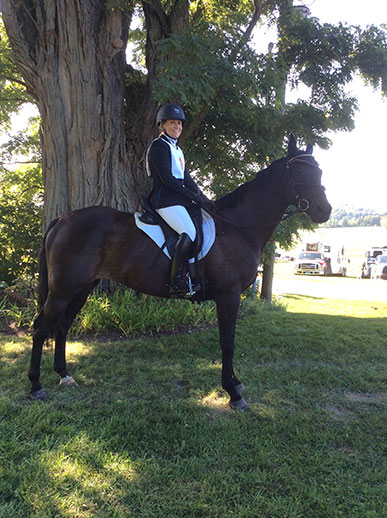 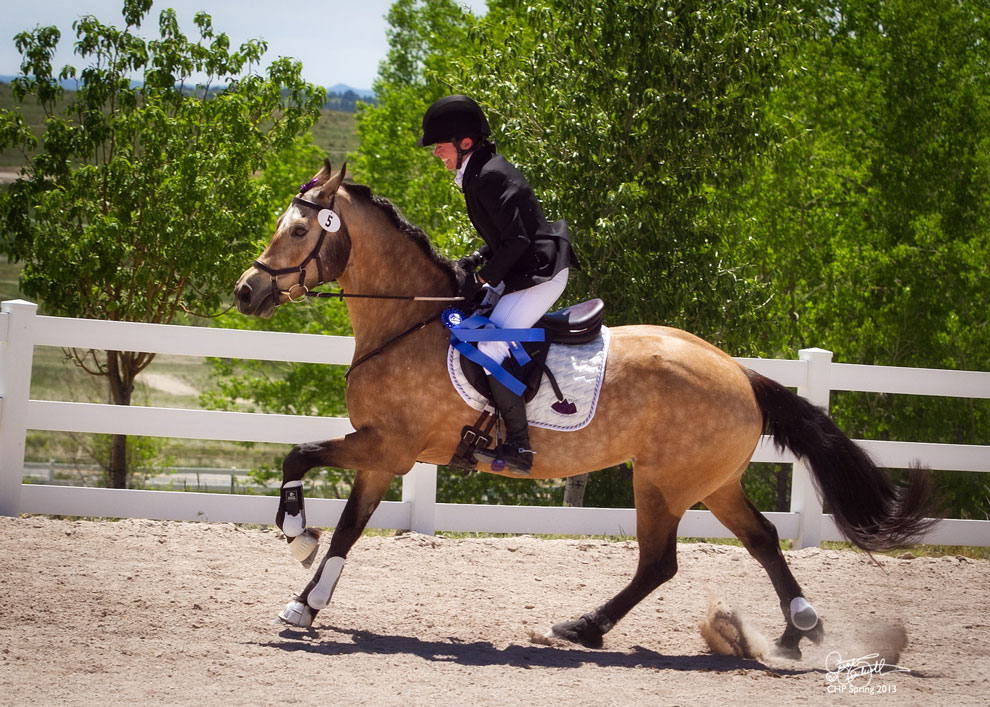 Nicole comes to Art of Riding with 12 years’ experience as an independent sales rep for the Rocky Mountain region and Texas. She has helped new Brands from their first days reach successfully into the International Market. As an avid rider and competitor, growing up with horses in her backyard since a child, she knows what works for daily use and competition. Nicole believes in only representing products that she herself has used and tested. Bringing her years of growing up in the shadow of he Rockies and having competed from coast to coast and border to border, Nicole knows what works for her retailers, understanding that trends in other territories may not be the correct fit for The West. She prides herself on helping her established retailers and new accounts by providing them with honest advice and knowledge on what they need and their customers want. When not on the road, Nicole continues to compete in eventing, dressage and more recently endurance racing. She is also a certified yoga instructor and trail runner. Her love and knowledge of The American West comes through in everything she does including helping local businesses be successful in the lines she represents.

Registration is for retailer orders only